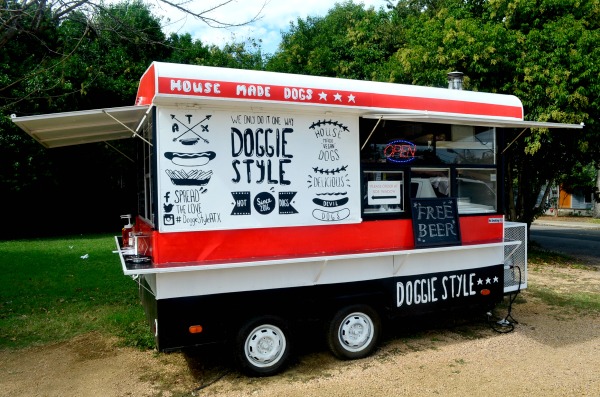 I was a fan of hot dogs briefly during my childhood and then they became increasingly weird and icky to me, especially once I found out what’s actually in hot dogs, but we won’t go there in this post 😩

This post is all about Doggie Style, the new vegan food truck in Austin, Texas that serves what else – vegan hot dogs!!! My non-vegan boyfriend and I decided to check it out (i.e. I forced him to come with me) but I had a feeling he would like this place because he’s very open minded about vegan food and is a fan of pretty much all things vegan 😘

Doggie Style is located in the heart of Austin and the food truck scene. The physical address is 603 W. Live Oak St. They’re in the South First Food Court, right next to Rabbit Food Grocery: Austin’s First Vegan Grocery Store!

Doggie Style’s exact hours are fuzzy. I couldn’t find conclusive info online. We showed up on a Sunday around 2 pm and they were open and serving free beer 🍻

I would suggest checking their social media posts to see what times they are open each day. 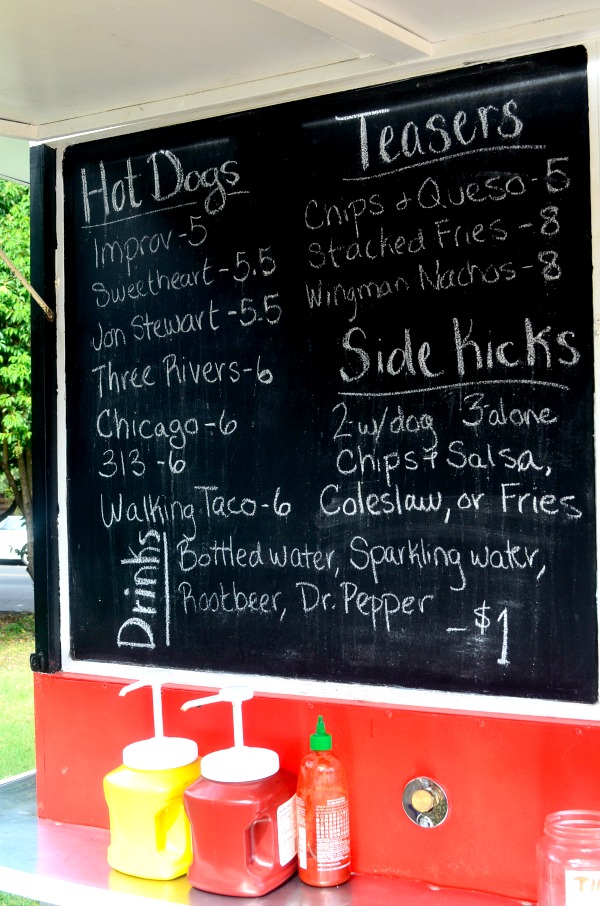 I knew right away that I wanted to try the special that week, the Poutine Dog. It’s a hot dog topped with mushroom gravy, hot French fries and vegan cheese curds 👌

My boyfriend got the Jon Stewart (pictured at the top of this post), which consists of a dog drenched in sauerkraut and Russian dressing. It honestly didn’t sound that good to me, but when I tried it I loved it!

We also got chips and queso, which didn’t look like much when it came out, but was surprisingly good. My boyfriend really liked it, and his hot dog was so filling he couldn’t even finish it all. I couldn’t finish mine either, but saved it later for a snack. 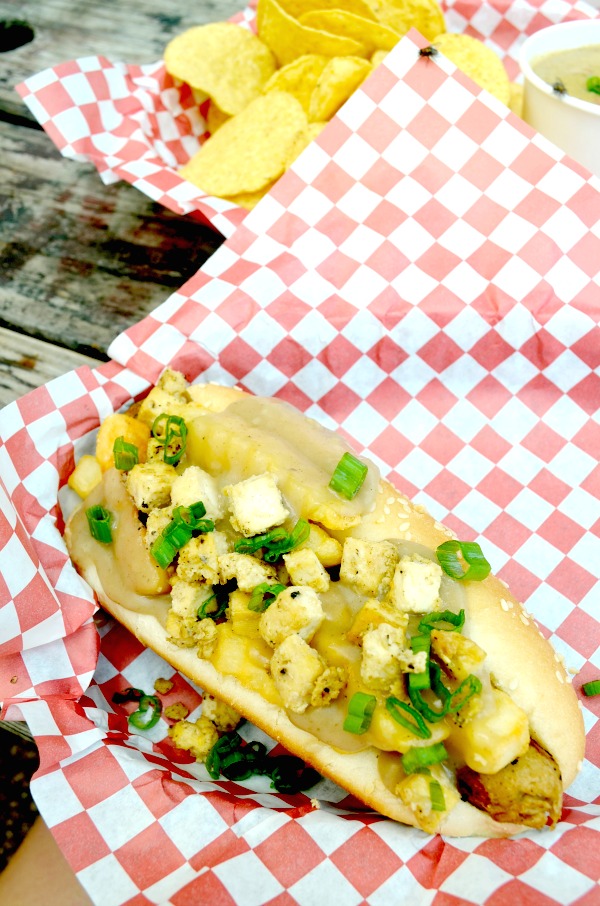 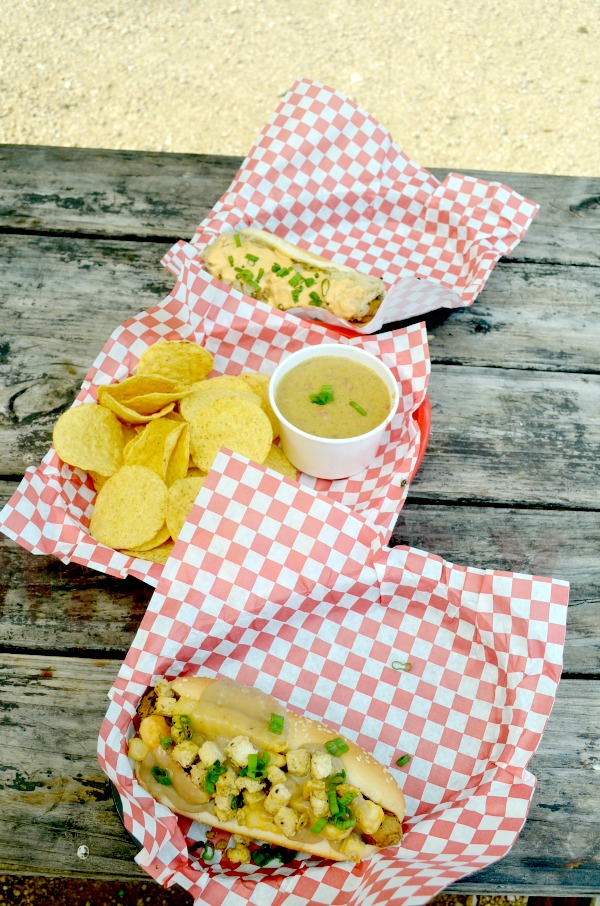 The food was awesome, the service (although not personable) was fast, and the prices are super reasonable. I would definitely go back to try out some of the other menu items.

Plus, it makes me happy that when I’m craving a hot dog with monster toppings, I can actually have it and it’s cruelty-free! Austin is an amazing place to be vegan because there’s options for pretty much anything you want. And non-vegans can enjoy Doggie Style too! It’s a tasty, healthier version of a beloved American classic. 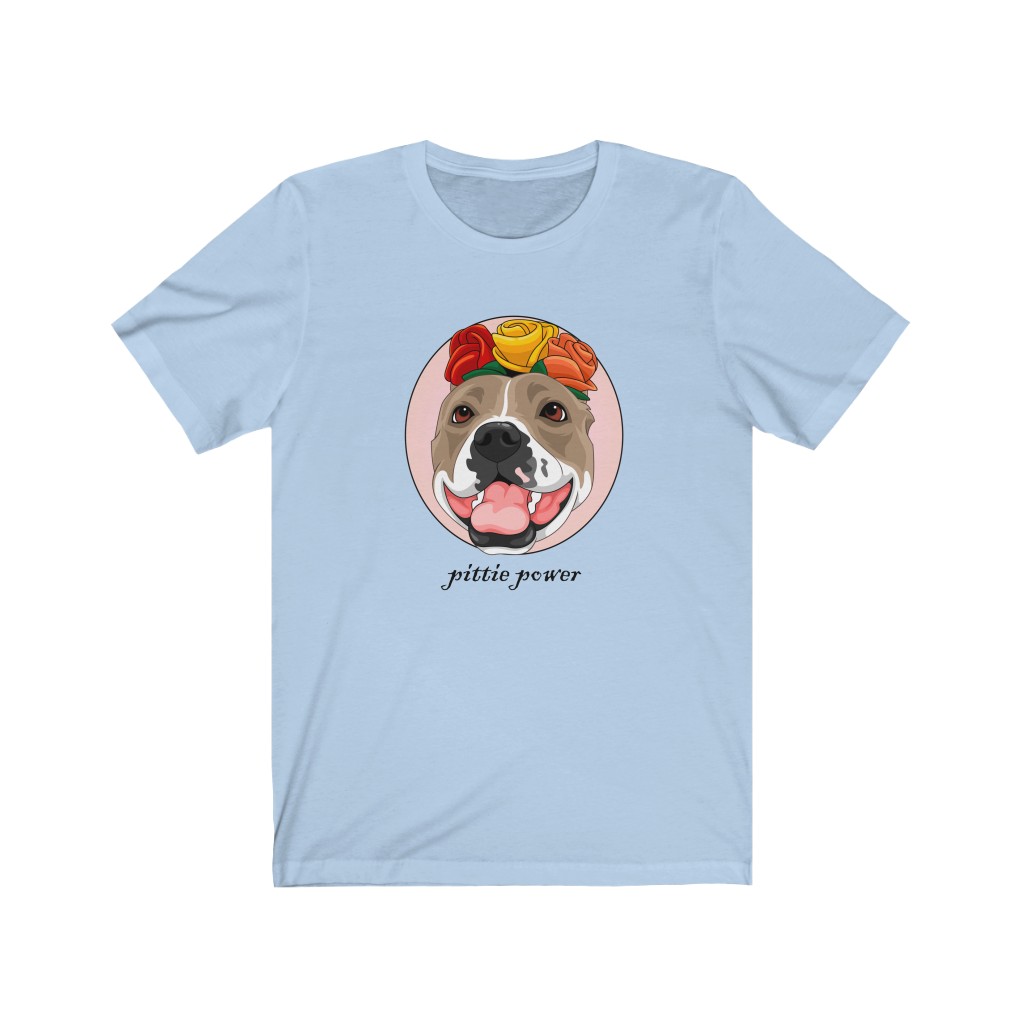 Went back to Pura Vida to get this handmade neem o

Mini mangos!! Did not know these existed 🥭🥭

Plaza Centro on a Saturday 🌺 . . . #travelaweso

This place was so cool! A gallery/museum/shop call

Stopped to check out this cool health foods store/

My home for the next month. First 3 pics are the v

Last of my Loreto pics: awesome smoothie bar I wen

I only spent two days here but they were action pa

I took these just outside of Loreto and also in th

Spending the night in the small town of El Soccorr

My AirBnB host took me to her friends house last a 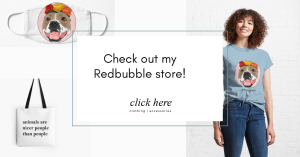 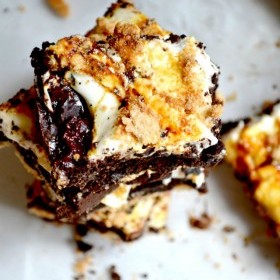 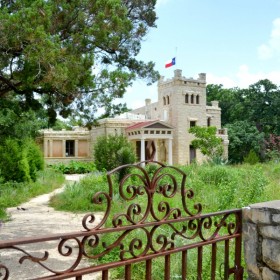 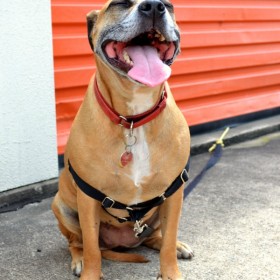